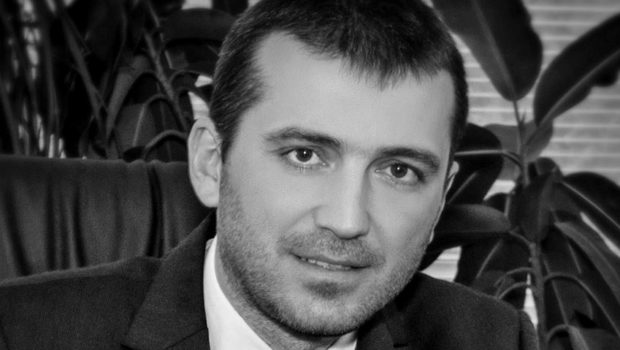 Vasile Vlasin (44 years old) had lost his son four years ago, after an apparently banal event – Luca had drowned with food. The pain of a parent who loses his child certainly can’t be described in any words, but what Vasile Vlasin and his wife did afterwards is an incredible lesson of altruism, humanity, dedication and care for the good of others. They trained themselves, bought necessary equipments and today have an association, “Lifesaving Parents” and teach voluntarily thousands of parents how to give first aid, so that other children can have the chance Luca, their beloved son, did not have. Through their association, over 16.000 people had been trained by now, humanitarian campaigns for many people in need were carried out, medical equipments for public hospitals were purchased and defibrillators were bought and placed in public places.

In 2015, Luca, Vlasin family’s son, died after an apparently banal event – he had drowned with food. He was eating some almonds – a soft, sticky paste – and was staying on his back, so that his mother can change his clothes. He was crying and strongly aspired the pasta he was chewing – and everything his parents did afterwards was not enough. They ran with him to the local hospital very quickly – got there in 3,17 minutes – but doctors could not save his life. A medical equipment vital in such situation – a video bronchoscope – did not exist in the public hospital from Baia Mare, their native town. Luca was moved with a helicopter to another hospital after 6 hours, but it was already too late. “If the brain remains oxygen-free more than 5 minutes chances of survival are zero”, Vasile Vlasin explains. Luca had lived 49 more days connected to medical equipments, and in 11 november he died.

Video bronchoscope instead of wreaths

“The next day, we were going home and somewhere on our way we stopped. People who were with me were very agitated, and one of their main worries was related to wreaths, as if the multitude of flowers would’ve helped in any way”, Vasile Vlasin remembers. And he made an announcement – asked everyone who will come to the funeral not to buy wreaths, and to donate the money they would spend on flowers, so that a video bronchoscope for the public hospital can be bought. “I wanted other children to have the chance Luca did not have”, he says.

Some of necessary amount of money was raised like this, the rest was donated. “People from everywhere started to write, and helped me raise the difference”, he says. The equipment cost 50.000 euro and was bought 2 months later – and the road of helping others and of being in public service was opened.

Because Vasile Vlasin was aware that the equipment was more than useful for those who get to the hospital in time. But what happens if you can’t do this?

“For any kind of situations like this the basis does not consist in medical equipments. The basis is the witness, the person near the victim, he is the first to help”, he explains. And this is how Lifesaving Parents was created – to teach parents basic life support, what we can do until the ambulance arrives, having only two hands. “We are trying to teach others to be for their children what we couldn’t be for Luca”, Vasile Vlasin says.

He trained himself, became basic life support instructor accredited by the European Resuscitation Council, bought necessary equipments and started teaching everywhere he was called, in Romania and abroad, for free. “We have six types of mannequins, defibrillator, patient simulator, so that those who participate can learn what they should do when life is in danger”, he says. Over 16.000 people graduated courses until now, in groups of 20, to be able to practice on mannequins.

Over 600 course sessions, 3-4 hours for one session, days when he had three courses – nothing was too much thinking how much this could help. And the moments when parents write messages after months, to tell how they saved a child who had drowned, are the most beautiful gift he can get.

Beyond this courses, he did so many good things, also. Another very important direction for Lifesaving Parents were the humanitarian campaigns, to raise necessary money for people who needed surgeries and treatments abroad. Over 50 children were helped until now, and not only children, all serious cases, of life and death. “We have on our Facebook group people who get involved every time something is needed, I need a place to stay in a city, a driver with his own car to take someone to Wien tomorrow, we get answers very quickly. All these wonderful people give me energy, power, motivation to move forward”, he says.

Medical equipments for public hospitals were also bought and blood donations campaigns were organized. The last campaign consists of equipping public spaces with defibrillators – another way of saving lives if emergency medical aid is get on time. The chances for someone to be saved increase by 75%, in USA, for instance every block scale has a defibrillator.

Thousands of people support his actions, especially humanitarian campaigns, other thousands were trained during the courses. Somehow, Luca’s death was not in vain – many others, children especially, adults also, have now other chances because of what he is doing.

You can find out more about Vasile Vlasin and Lifesaving Parents on their website, HERE, and on their Facebook Page, HERE

Do you know a very special person? Someone who has followed his dream, built it piece by piece, with passion, energy and lot of soul? An usual, simple person who did something in life, who you can identify with, who can be, for others, a source of inspiration? Tell me about that person and let’s tell the others his/her beautiful story. Write me at specialstories00@gmail.com, here, on Facebook, Twitter or Instagram.

Mihai’s incredible life lesson – with am amputated leg, from fight for survival to his own prosperous business → 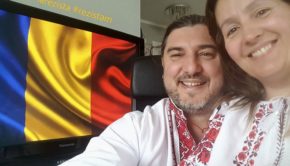 Daniel and Angela, guardian angels for thousands of Romanian roma people in Norway → 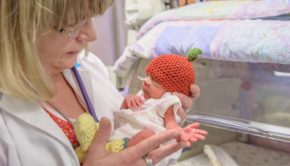